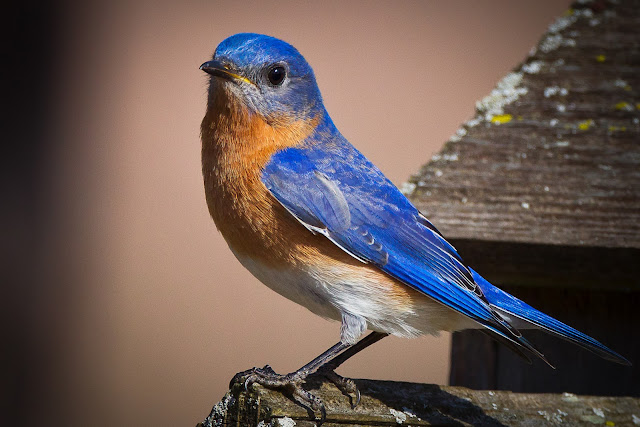 A pair of Eastern Bluebirds nested nearby and successfully raised a brood of at least three.  The three are mostly independent now, but I’ve seen an adult staying close by.  Most likely it was the female still watching after her brood, as the male’s contribution is mostly nest location and protection of it.  She builds the nest and incubates the eggs.

The three youngsters have favorite perches for insect hunting and return again and again, if the hunting is good. Judging by the hunting activity here, there are enough insects to merit sticking around for a while. 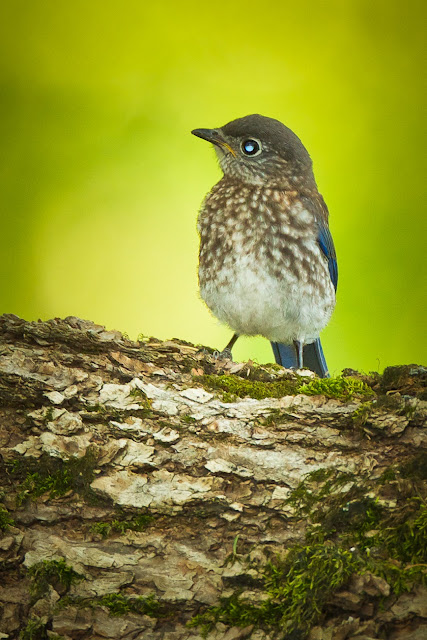 The three offspring are still a pale imitation of the parents with only muted color on their primary and tail feathers.  Their back and breast feathers still blend in well with their surroundings.

Next year they may return to Wisconsin in full color. 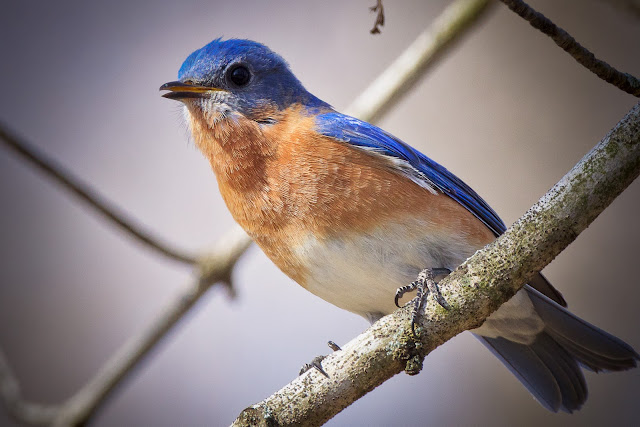 This could possibly be their father, but I don’t know that.  Some studies suggest that one out of 4-5 eggs involve a male from outside the family pair.  The male will attack birds such as, cowbirds, starlings, sparrows, mockingbirds and jays that come too close to the nest, but it seems he can’t be everywhere.
Allan
Posted by Allan Block at 5:00 AM