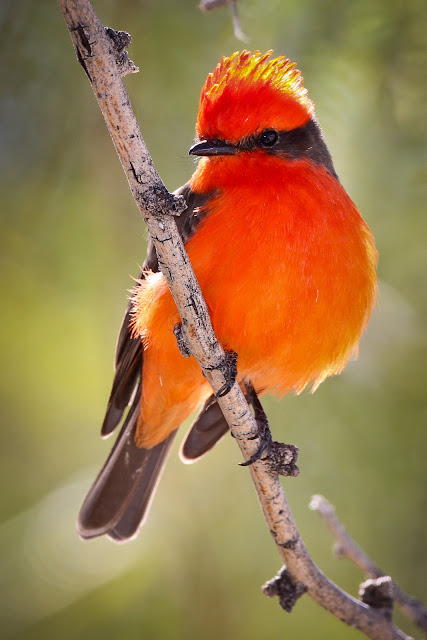 A Vermillion Flycatcher is a joy to find.  You'll love this little, bright red bird.  He has it all…looks, 'birdsonality' and a good-looking girlfriend. 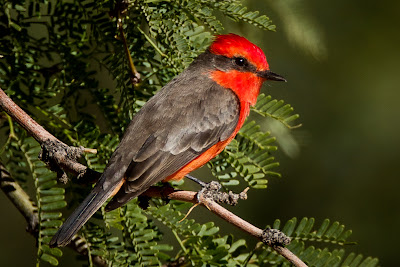 He’s not shy or skulking like some other birds.  He proudly sits in the open with his red breast glowing in the sunshine, inviting you to come closer.  Close, yes, but not into his comfort zone. 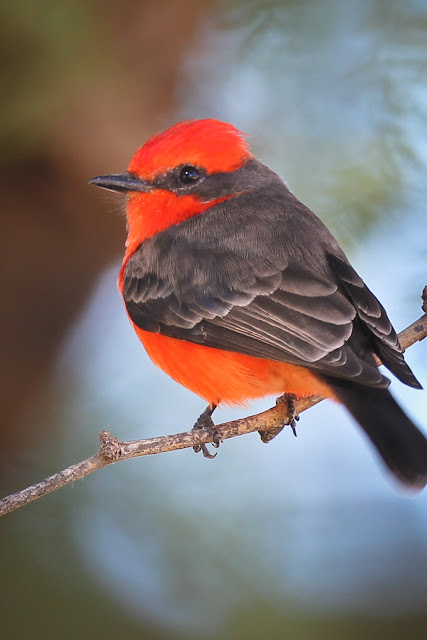 Flycatchers catch flies.  It’s what they eat.  His modus operandi is called ‘hawking’ and he’s good at it.

His eyesight is much better than mine because it’s difficult to see what he’s catching.  He doesn’t give-up easily when pursuing a darting, dodging insect and he doesn’t often come back empty-beaked either. Within seconds he's back on the same branch waiting for another tasty fly-by. 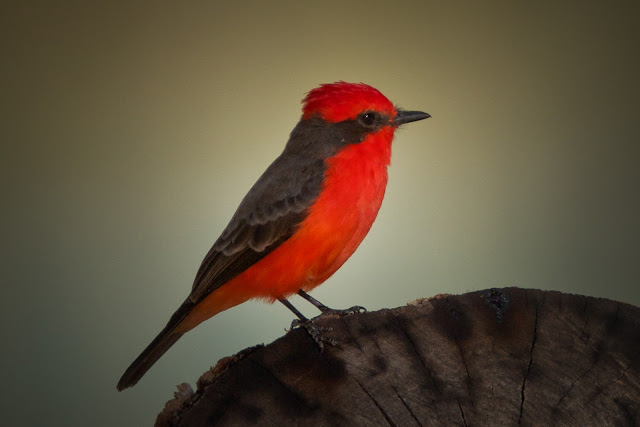 Studies show Vermilion Flycatchers spend 90% of their day just waiting for flies to fly past.  That's a long time waiting, but actually, they're very active birds.  It only takes a few seconds to snag a snack in the air, so then he waits again. He expends a lot of energy just chasing his food.  How many calories are there in one tiny fly?
I don’t know. 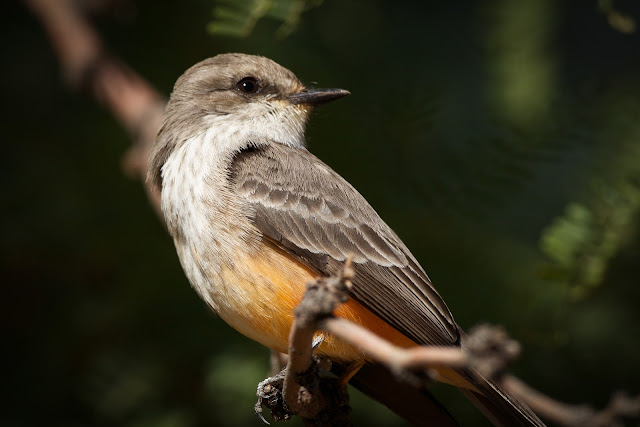 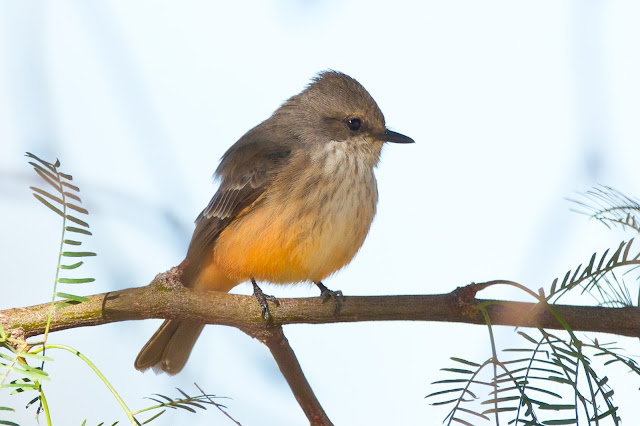 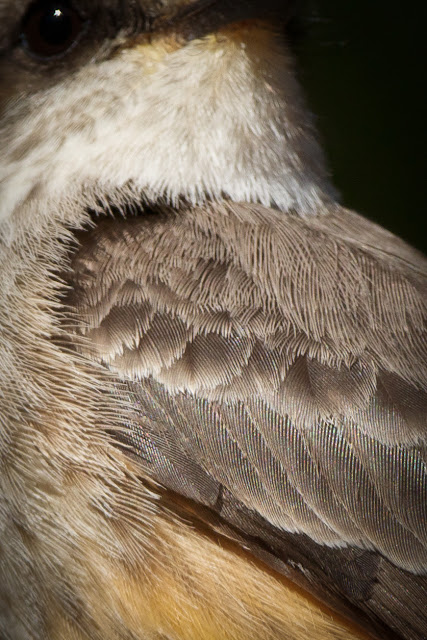 If you have an opportunity to see a Vermilion Flycatcher up close, take it…they’re fun to watch…cheap entertainment and better than TV! 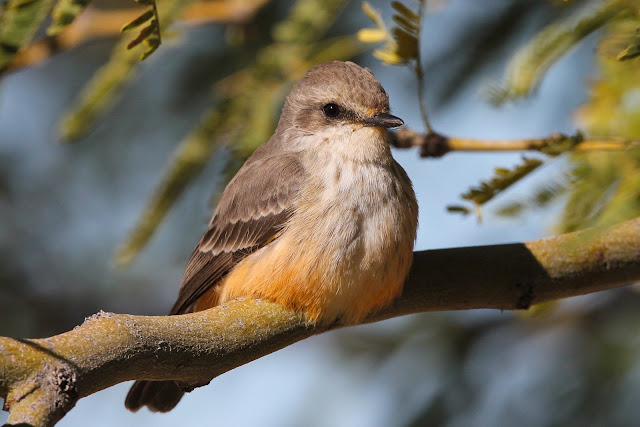 Sadly, they barely cross the US, Mexico border in their northern range and spend the winters in South America.  You’ll have to make an effort to find one, but this little red bird is worth it.

Allan
Posted by Allan Block at 7:18 AM